A downloadable game for Windows

The itch pre-alpha version is now no longer available and the latest version of the game is on Steam.

Inspired by classic action JRPGs, Eternal Radiance is an action role-playing game about a squire named Celeste who begins a journey to prove herself worthy of becoming a true knight. Her quest takes her far from her home, across the continent in pursuit of a thief whose actions stem from a sinister plot.

This game is currently unavailable

Oh look, another Bait & Switch on a DRM-free platform to go to Steam only!

Will this be coming back to Itch, or to GOG, after it's out of Early Access?

I really want this game, but I'm not buying through Steam.

im a little new to this how can i play it after downloading it. it's not seem to be working???

This game looks legit! I'll download the demo! How many people are working on it?

awesome game like it very much and can not wait to play more! love the art and story in this game it looks great and also the combat is pretty solid and fun. cant wait to get to play more!!

I just streamed the Demo and I loved it! The Camera was a little slow for my taste but everything else was great!

camera turns faster when your tpi is higher ;)

That is good to know

April 2020, I wonder if it will be an Early Access or full release?

Or at least a save feature? I really don't know if i just haven't gotten to the save yet.. Looks good so far though.

The skip text feature already exists, but it isn't mentioned in the old current public demo build which is (CTRL) for keyboard.

The save / load feature exists in a newer build already but that build isn't publicly available.

and really im not a pro on youtube but i did my best to enjoy!

Just played through the demo. Very promising beginning, especially for an alpha build. I look forward to seeing how this game progresses as you refine and add content.

could have in Portuguese

Great game, The begining dialogue was a little killer for the sake of how long it was but once i got through it, it felt a lot better knowing the information of the town and all, The combat was smooth too! looking forward to actual game and not just the demo!

Do you want your game to be featured in our  game jam?  https://itch.io/jam/jrpgjammers

If you ever want to, I'd be happy to help voice in this!

I am thrilled to keep playing this game and I'm sure it will get better. I wish there were more games like these. Keep up the amazing work. I saw some minor punctuation mistakes, but for the rest, till now, nothing that comes to mind. I love it. Keep it up!

I am keeping in mind that this is a WIP and i am only playing a demo, so I am assuming that not everything here is finale. I'll start with i am below average when it comes to hack and slash games with combos. My main criticism is how hard it was to exicute the first set of combos you have to do for a side quest. An add on to that is that the goblins telegraph their attacks but the follow through seems almost instant. For me personaly if the combat can be a little easier to exicute combos (because it is the timing with no forgiveness that is trying for me) and at least for the goblins dial back the damage of the mage goblins of make fewer of them out there. But this is all from a gamer that is sub par in this kind of gameplay.

On to the pros, I love the art and dialoge, and I like the combination of visual novel and game combat. It reminded me of KotOR, (not the same i know) that feeling of interactive gameplay with a drawing in story. Aside from the cons above I really like the direction this game is taking. All in all I really like this game and really look forword to its full release date.

In this old demo, you can fast-forward dialogue by holding (CTRL) although it isn't mentioned in the demo build.

It's very pretty. Is there a way to hide the UI/text (to just see the background and characters) during dialog scenes? I'd love to get a full view of the lovely art.

The story looks to have good potential though it's fairly generic so far. I like how the dialog choices allow the player to project some of their feelings into the MC's personality a bit.

Games with this level of visual quality usually perform better on my laptop and don't heat it up as much as this one did, but it's fine as it is.

I'm only average at combat like this, so I don't know how much weight my opinions have, hehe.

There isn't any way to hide the UI in this old demo version, though there is a keybind to do so in the planned upcoming version.

1) You can skip the dialogue if you want to get to the gameplay, or do fast forward (CTRL), although that isn't mentioned in the demo.
2) I think the current behavior is fine.
3) The lock-on feature is supposed to address this issue, although it isn't in this demo.
4) The guard counter and speed roll timing have been adjusted in the upcoming version already, which makes it easier to perform and have a brief moment of invulnerability.
5) If you hit the ranged goblins, their abilities get cancelled immediately.
6) There will be a heal spell, but it isn't in this demo but u can use potions in this demo build.

Thanks for the replies! Concerning the ranged goblins, when there are four of them spread out, spewing poison breath and projectiles (and many other enemies attacking), hitting to interrupt isn't practical. I guess one possibility I haven't tried is to lure some of the enemies away from the group, to fight a smaller subgroup.

I'll try experimenting by limiting the number of times the ranged goblins can use the green breathe ability when there are many enemies around which might help with this.

I recently played this game and would like to give you feedback on my experience.

First of all, absolutely love the artwork and the graphics!
Fighting runs and feels really smooth, nice amount of combos/actions to use, so every fight feels different.

Now my points of criticism:
I felt like it lasted a bit too long..

I feel like there is no real balance between the story and fighting parts in the game.
I'm a fan of character development/background, but I think it should be more split throughout the game. You describe the game as being an action role-playing game, but to me it felt more like a visual novel.

The interactions with the characters you meet, feel too long and stretched, which prevented me from wanting to talk/explore more in the city part for instance, as I wanted to get to the action.

Once you get to the fighting, I feel the same issue. Although the game is beautiful, as stated before, I think the map was way too big. Especially for the first level/quest. I think that, if not immortal like in the demo, it will be very difficult for the average player to proceed. Especially the boss fight. I thought maybe make a small forest part, and replace the boss with one of the giant goblins you encounter throughout the map. Perhaps this was to give an idea of the game later and will change in the full version, in which case I take back my words.

That all being said, I will be following the project. I am certainly intrigued, and of course it was just a demo. I'm looking forward to what the final version will have to offer!

Like some others, I also made a video on the game, feel free to have a look!

Regarding the story, there is a button to fast-forward dialogue by holding (CTRL) which I didn't mention in the pre-alpha build since it is still in development which should be useful in the future if you wanted to get to the action faster.

I agree that the map is too big and I have plans to re-work the level design for the first gameplay section in the game.

HI! I'm a small little gamer channel but I wanted to mention how much I loved this game because it's so unique and fun. I did get bored a little during the combat because I didn't know what to do or where to go... that was my fault. Enjoy your video!

Hi! I just saw this game and I have a question. Is there any character you can romance in this game?

No,  there is no characters that you can romance in the game.

Ok, thanks for answering! :)

Reply
The GDWC2 years ago

Hi ! I played the demo and this game gave me the envy to play more of JRPG games! I used to play some much of those games and kinda forgot the love I've had for them! The combats where pretty good, and the dialogues as well, keep going!

Have you considered participating in our Game Developers World Championship ?  The competition is totally free and with winning prizes ! Our mission is to support and reward the Indie game developer community.

I played through the demo of the game and it looks promising! I made a video with commentary and my thoughts. In the Visual Novel elements of the game, the character designs and backgrounds are very well drawn. The writing and world seems very investing as well. (Although I skipped a lot of that in the video to focus on the action JRPG gameplay.) The action JRPG gameplay has a solid foundation of fundamentals. (Reminding a lot of something like YS8) That being said, there is a need for a lot of improvements with this part of the game. Some of these include a lock-on mechanic and more detail in the environments to explore that (hopefully) tie in with the narrative/world. Regardless, keep up the great work!

Reply
OWCP101GAMES2 years ago(+1)
You guys are still wonderful for creating games and I hope you enjoy this video that I made of me playing this cool new story! Once again thank you!
Reply
SamEyeNinja2 years ago(+1)

This is my second part of the final review enjoy!! And if you guys like what i do then subscribe!! I recommend everyone to check this game out!!

Hey what's Up developer I loved playing Demo Verizon of your guys game so far I loved It. I had lots of fun exploring and talking to different people!! Honestly I really enjoy it!! You guys are great working hard paid of you made it!! My full review will come out tomorrow stay soon ok!! This just part of the game so stay tune. If you guys Love what I do then subscribe ok!!

Ahhh; this is only for Windows. Will this ever be a Mac game as well?

It'll only be for Windows.

you can get "wine" for mac, it allows you to run windows stuff on linux and mac 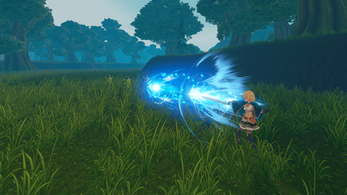 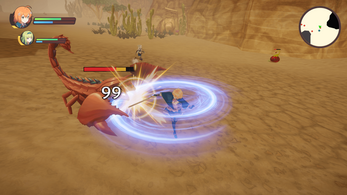 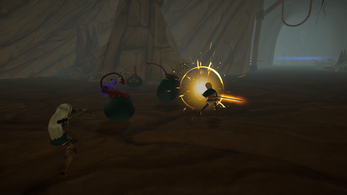 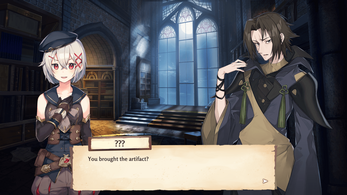 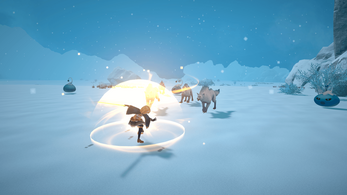 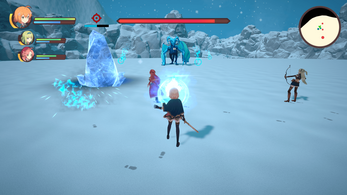 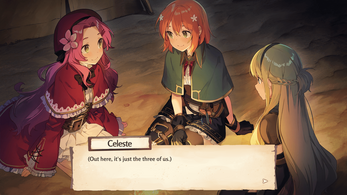 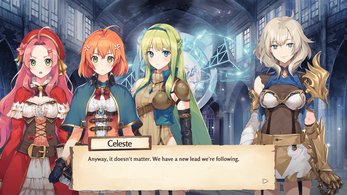 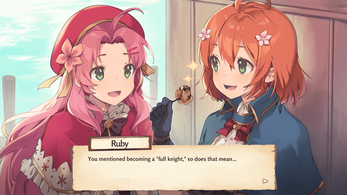 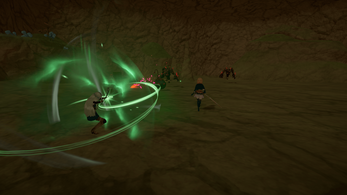 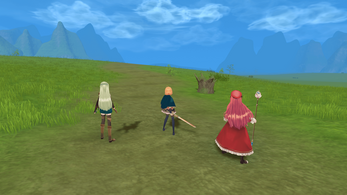 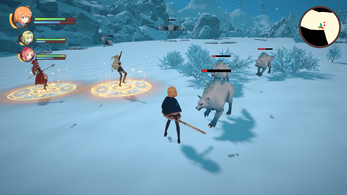